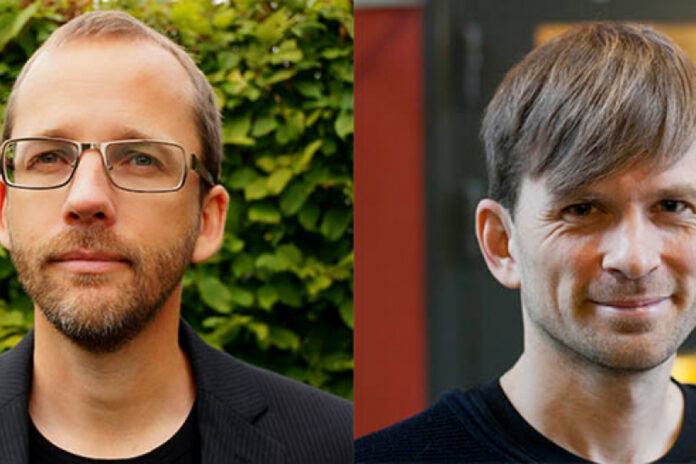 A new study from Lund University in Sweden shows that validated biomarkers can reveal an individual’s risk of developing Alzheimer’s disease. Using a model that combines the levels of two specific proteins in the blood of those with mild memory impairment, the researchers are able to predict the risk of developing Alzheimer’s. The researchers have also developed an app that doctors can use to give patients a risk assessment.

Oskar Hansson and his colleagues have been researching different biomarkers for a long time to produce better diagnostics at an early stage of Alzheimer’s disease. Over the past year, they have also developed accurate markers in blood tests for Alzheimer’s. The aim has been to identify the disease at an early stage of its progression, before the actual dementia stage, in order to begin treatment to ease symptoms, avoid unnecessary examinations and create a sense of security among patients.

“Many people with Alzheimer’s disease currently seek care when they have only developed mild memory impairment, meaning many years before the dementia stage of the disease. It is often difficult for doctors to give the correct diagnosis in people with mild memory impairment, as many different conditions other than Alzheimer’s can be the cause. In this study we developed a model that is based on the results of a simple blood test and that with a high degree of validity can predict who will develop Alzheimer’s dementia within four years”, explains Oskar Hansson, professor in neurology at Lund University and consultant at the clinical memory research unit at Skåne University Hospital.

Among the many biomarkers the researchers have investigated over the years, the current study shows that a model combining the concentration and levels of the two proteins ‘phosphorylated tau’ and ‘neurofilamet light’ in the blood is the one that gives the most reliable result and prognosis comparable to today’s cerebral spinal fluid (CSF) analyses. The model also provides a more reliable answer than the current basic model involving age, gender, education and basic memory tests.

“In addition to this initial evaluation, the methods that are currently on offer for diagnosing Alzheimer’s disease are costly and time-consuming methods using PET cameras and CSF analyses, which are only available in certain specialist healthcare settings. Our goal over the last few years has been to find simple methods that can be used in primary care to make an early diagnosis and to begin treatment to relieve symptoms at an earlier stage. This will require more studies, but we have absolutely come one major step closer to our goal”, adds Hansson.

The researchers have also developed an online tool – an app – that combines basic data (age, gender, education and basic cognition tests) with results from the individual’s biomarkers in the blood.  Taken together, these provide information about an individual patient’s risk of developing Alzheimer’s disease within two or four years. The app is currently only intended for research and must be validated in more studies before it can be used in healthcare. The app is available at: https://brainapps.shinyapps.io/plasmaatnapp/

The study involved a total of 573 people with mild cognitive impairment and an average age of 71. The participants, who represented a selection of individuals, came from the two major multi-centre studies: the Swedish BioFinder Study and  ADNI, the Alzheimer’s Disease Neuroimaging Initiative. The study was led by Oskar Hansson and Niklas Mattsson-Carlgren from Lund University and is a collaboration with Henrik Zetterberg and Kaj Blennow at the Sahlgrenska Academy and Sahlgrenska University Hospital, the Clinical Neurochemistry Laboratory in Mölndal and the American pharmaceutical company Eli Lilly, among others.

Publication in Nature Aging: Individualized prognosis of cognitive decline and dementia in mild cognitive impairment based on plasma biomarker combinations

Overzealous cell membrane guardians could increase the risk of cancer