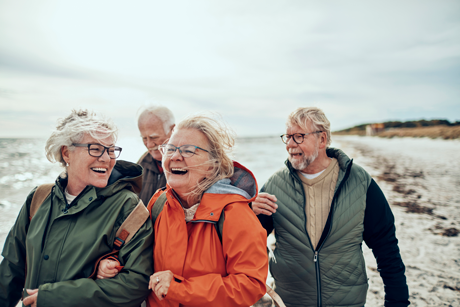 Women’s risk of falling ill with cardiovascular disease, and dying from it, is lower than that of men of the same age, irrespective of where in the world they live. This is shown by a study of, in total, more than 160,000 men and women in 27 countries. Scientists at the University of Gothenburg are now among those presenting the results.

Now published in The Lancet, the Prospective Urban Rural Epidemiological (PURE) study is the first worldwide to have documented differences between women and men in risk factors, treatment, proportions affected by heart attack (recurrent myocardial infarction, MI) and stroke, and the outcomes for those affected. The participants were monitored for more than 10 years.

One co-author of the study is Annika Rosengren, Professor of Medicine at Sahlgrenska Academy, University of Gothenburg. Sweden is the only country im Northern or Western Europe to be included Just over 4,000 of the participants come from Gothenburg and Skaraborg.

The results show that women had a more favorable risk pattern. Above all, fewer smoked; but the women also had lower blood pressure and healthier blood fat levels. Compared with men, women in good health with no history of cardiovascular disease, CVD, had a higher propensity to take preventive medication, have well-controlled blood pressure, and avoid smoking.

Concern is often expressed that women with CVD are given less intensive treatment than men. If this is true, it might have a negative influence. However, the researchers behind the present study think it is not a matter of discrimination.

“Our interpretation is that there doesn’t seem to be discrimination against women. Rather, women have less marked changes in the coronary arteries, which means they don’t need such intensive treatment,” Rosengren says.

The study shows that men with, for example, myocardial infarction, MI, received invasive treatment, such as balloon dilation (coronary angioplasty) or coronary bypass surgery, more often than women. Despite this, women had less risk of a new MI.

The main difference in prognosis after MI is, instead, between poor and rich nations. In low-income countries like Bangladesh, India and Pakistan, roughly 40 percent of men and women alike die within 30 days after MI or stroke, while the corresponding proportion for high-income countries like Sweden and Canada is below 10 percent.

A newly discovered mechanism reveals how Parkinson’s disease can spread