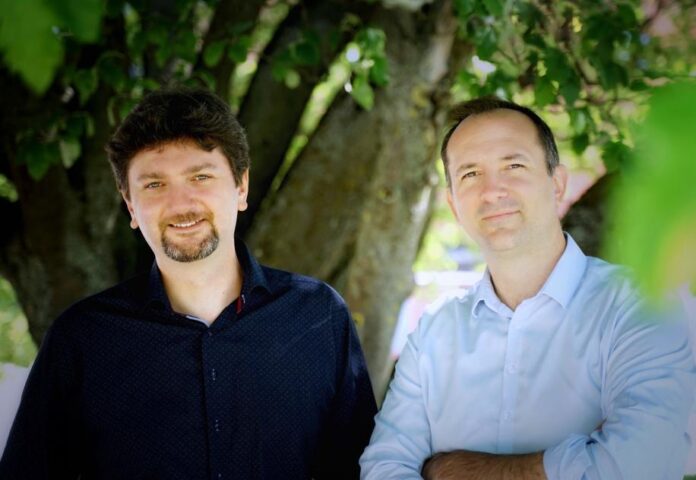 Neuroscientists and stem cell researchers at Lund University in Sweden have developed a research model that allows studying human hippocampal neurons, the brain cells primarily affected by Alzheimer’s disease pathology. The study has been published in Stem Cell Reports.

In Alzheimer’s disease the hippocampus, a brain structure that regulates motivation, emotion, learning, and memory, is severely affected. However, due to unavailability of hippocampal tissue, unless post-mortem, it is not possible for researchers to understand what the primordial events that lead to cellular dysfunction, and subsequent neuronal injury, are. Understanding what cellular pathways are altered very early on in Alzheimer’s disease, would allow the development of therapies that could slow down the disease.

Researchers in Lund have succeeded to generate 3-D hippocampal tissue-like structures from induced pluripotent stem cells (iPSC), called hippocampal spheroids (HS). The spheroids are enriched in so-called granule neurons. In most vertebrate species, including humans, new granule neurons are generated throughout life via a process called neurogenesis and they are believed to contribute to memory formation. The new method developed by the scientists will enable scaling up the production of hippocampal neurons to study human neurogenesis, and, most importantly, examine how human hippocampal cells, including granule neurons and supporting glia, may be affected very early on in Alzheimer’s disease and disorders where the hippocampus is injured.

– By using patient iPSC, we can generate young brain cells and examine early pathogenic changes, and gain valuable insight into the development and progression of brain diseases, explains Laurent Roybon, director of the Stem Cell Laboratory for CNS Disease Modeling at Lund University and one of the researchers behind the study.

Schematic representation of how patient iPSC-derived hippocampal spheroids can be employed to examine early cellular dysfunction in Alzheimer’s disease, in addition to be used for several additional applications. Illustration: Carla Azevedo

The researchers also used HS to examine cellular dysfunction in Alzheimer’s disease and more precisely, how cellular pathogenesis differed between individuals. They generated HSs from patients with extreme symptomatology – a typical Alzheimer´s patient carrying a mutation in the amyloid precursor protein gene, and an atypical individual carrying a rare mutation in the presenilin 1 gene – and examined the cellular pathology.

– Interestingly, we found that despite exhibiting some important common features, the HSs from the two mutants differed in many other characteristics, which somewhat was reflecting the severity of their symptoms, explains Yuriy Pomeshchik, lead author of the new study.

The work developed in Dr. Roybon´s laboratory opens up new possibilities, as it serves multiple purposes:

– HSs can be used to understand how hippocampal cells generate and mature over time. They can also be used to examine if the neurogenesis is affected in HSs generated from patients with hippocampal injury compared to control individuals. The analysis of HSs can reveal what cellular dysfunctions take place early on in the disease, and if they are identical or differ between patients carrying familial or idiopathic forms. HSs could be harnessed to develop treatments tailored to subgroups of patients as well as to understand why some treatments may or may not be beneficial for them. Ultimately, HSs could allow examining the effectiveness of a treatment prior to being administered, in addition to being used as a way to sub-group individuals for clinical trial, and recruit patients who will respond well to the treatment. We believe that HSs will be an important tool to develop therapies and provide patients with the best treatment possible, says Laurent Roybon.

– We employed HSs to examine the effect of a gene called NeuroD1, which we have been studying extensively for years. Viral-mediated expression of NeuroD1 was sufficient to increase the level of synaptic genes, which are low in Alzheimer’s disease. Improving synaptic transmission will be key to resolving impaired cognition in Alzheimer’s disease, says Yuriy Pomeshchik.

– We will pursue our efforts to generate spheroids from patients diagnosed with neurodegenerative diseases, and use them to gain insights into early cellular dysfunction to pinpoint at disease-specific and relevant targets for therapeutic intervention. We will also push, to bring NeuroD1 gene therapy to clinical trial, concludes Laurent Roybon.