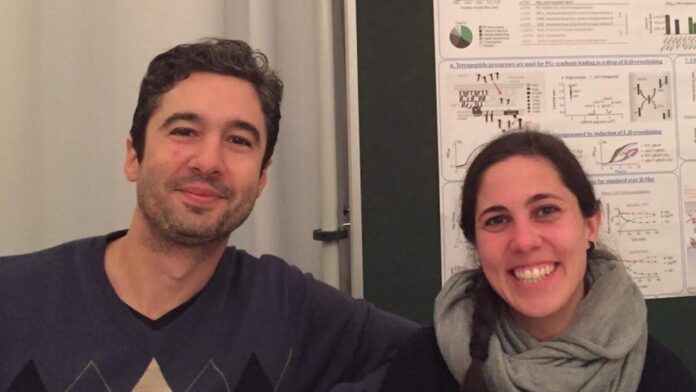 An accumulation of an unexpected intermediate of the peptidoglycan recycling pathway that is able to modulate the synthesis and structure of the cell wall, has been found by researchers at Umeå University.

Most bacteria are shielded by a protective cell wall consisting of a strong yet elastic polymer called peptidoglycan. Peptidoglycan is essential for bacteria and so, it has always been in the spotlight when it comes to the development of antibiotics. Identifying new weaknesses of the bacterial cell wall as antibiotic targets is of highest international priority to fight pathogenic bacteria.

As bacteria grow, the peptidoglycan needs to grow too. In order to insert new subunits, certain enzymes must open up the peptidoglycan mesh and, as a consequence, fragments known as muropeptides are released to the extracellular environment. During an infection, these muropeptides can be detected by the host as a “danger” signals, which induce a high immune response. Therefore, in order to survive inside the host many bacterial species have devised mechanisms to re-internalize these peptidoglycan fragments, a process known as peptidoglycan recycling. However, despite it is unquestionable its value in keeping bacteria away from the host radar, peptidoglycan recycling does not exclusively happen during infection and because of this, the true biological meaning of this process has remained mysterious for microbiologists.

Felipe Cava’s research group at the Molecular Infection Medicine Sweden (MIMS) studied the genetics and physiology behind the peptidoglycan-recycling pathway using as experimental model the causative agent of cholera, Vibrio cholerae. The study was performed in collaboration with Tobias Dörr (Cornell University, USA) and Matthew K. Waldor (Harvard Medical School, USA) and the results have been published in the journal Cell Reports on the 28th of April.

The scientists have revealed an unnoticed link between peptidoglycan recycling and synthesis to promote optimal cell wall assembly and composition.

The peptidoglycan recycling pathway is widely conserved amongst bacteria but this process seems to be not essential and its biological importance for the bacteria were not well-understood.

Peptidoglycan recycling is accomplished by a sequence of enzymatic steps where reinternalized muropeptides are broken down into smaller pieces. A critical step in this process is carried out by L,D-carboxypeptidases, specific enzymes that remove the terminal D-amino acid of the muropeptides. The Cava lab has found that these enzymes represent the “control checkpoint” between peptidoglycan recycling and peptidoglycan synthesis.

“A few years ago our lab, together with other colleagues, discovered that under stress conditions V. cholerae is able to produce a set of unusual amino acids (named “non-canonical D-amino acids”) such as, for instance, D-Methionine. In this study we have found that muropeptides modified with these non-canonical D-amino acids are poorly recycled by LD-carboxypeptidases thereby inducing the accumulation of intermediates which play an unforeseen role in regulating the synthesis and architecture of the cell wall,” explains Sara Hernández, postdoctoral researcher who conducted the study.

Besides the role in regulating cell wall synthesis and structure, extracellular peptidoglycan fragments are known to be important signals in innate immunity, organ development and behavior.

“Although most of the peptidoglycan fragments are recovered for recycling, under certain conditions bacteria can release them to the environment. It will be important to consider whether peptidoglycan fragments modified with non-canonical D-amino acids convey distinct information in inter-kingdom signaling compared to fragments with canonical chemistries,” explained Felipe Cava, head of the study.

“Moreover, in microbial ecology, our findings suggest that the release the modified muropeptides into the environment could mediate interspecies peptidoglycan cross-regulation. Whether this regulation can promote cooperative or competitive behaviors is something that will need to be investigated in the future,” concludes Felipe Cava.

Read the article in Cell Reports 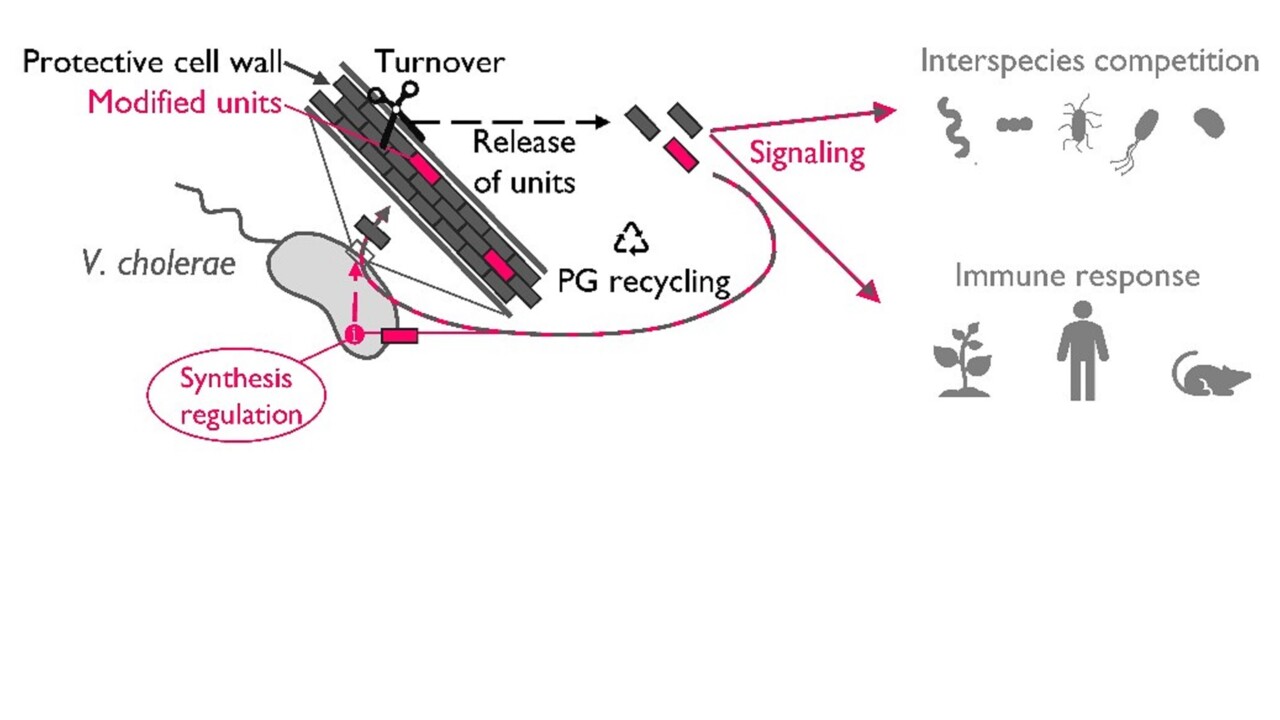 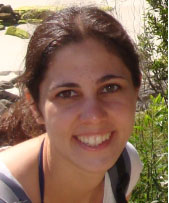